An active device is any type of circuit component with the ability to electrically control electron flow (electricity controlling electricity). In order for a circuit to be properly called electronic, it must contain at least one active device.

Don't use plagiarized sources. Get your custom essay on
“ Active and Passive – Devices ”
Get custom paper
NEW! smart matching with writer

What are Passive Devices?

A combination of passive components can multiply a signal by values less than one, they can shift the phase of a signal, they can reject a signal because it is not made up of the correct frequencies, they can control complex circuits, but they can not multiply by more than one because they lack gain.

Most analog electronic appliances, such as radio receivers, are constructed from combinations of a few types of basic circuits. Analog circuits use a continuous range of voltage as opposed to discrete levels as in digital circuits. The number of different analog circuits so far devised is huge, especially because a ‘circuit’ can be defined as anything from a single component, to systems containing thousands of components. Analog circuits are sometimes called linear circuits although many non-linear effects are used in analog circuits such as mixers, modulators, etc. Good examples of analog circuits include vacuum tube and transistor amplifiers, operational amplifiers and oscillators. One rarely finds modern circuits that are entirely analog. These days analog circuitry may use digital or even microprocessor techniques to improve performance.

This type of circuit is usually called “mixed signal” rather than analog or digital. Sometimes it may be difficult to differentiate between analog and digital circuits as they have elements of both linear and non-linear operation. An example is the comparator which takes in a continuous range of voltage but only outputs one of two levels as in a digital circuit. Similarly, an overdriven transistor amplifier can take on the characteristics of a controlled switch having essentially two levels of output.

Digital circuits are electric circuits based on a number of discrete voltage levels. Digital circuits are the most common physical representation of Boolean algebra, and are the basis of all digital computers. To most engineers, the terms “digital circuit”, “digital system” and “logic” are interchangeable in the context of digital circuits. Most digital circuits use a binary system with two voltage levels labeled “0” and “1”. Often logic “0” will be a lower voltage and referred to as “Low” while logic “1” is referred to as “High”. However, some systems use the reverse definition (“0” is “High”) or are current based. Ternary (with three states) logic has been studied, and some prototype computers made. Computers, electronic clocks, and programmable logic controllers (used to control industrial processes) are constructed of digital circuits. Digital signal processors are another example. 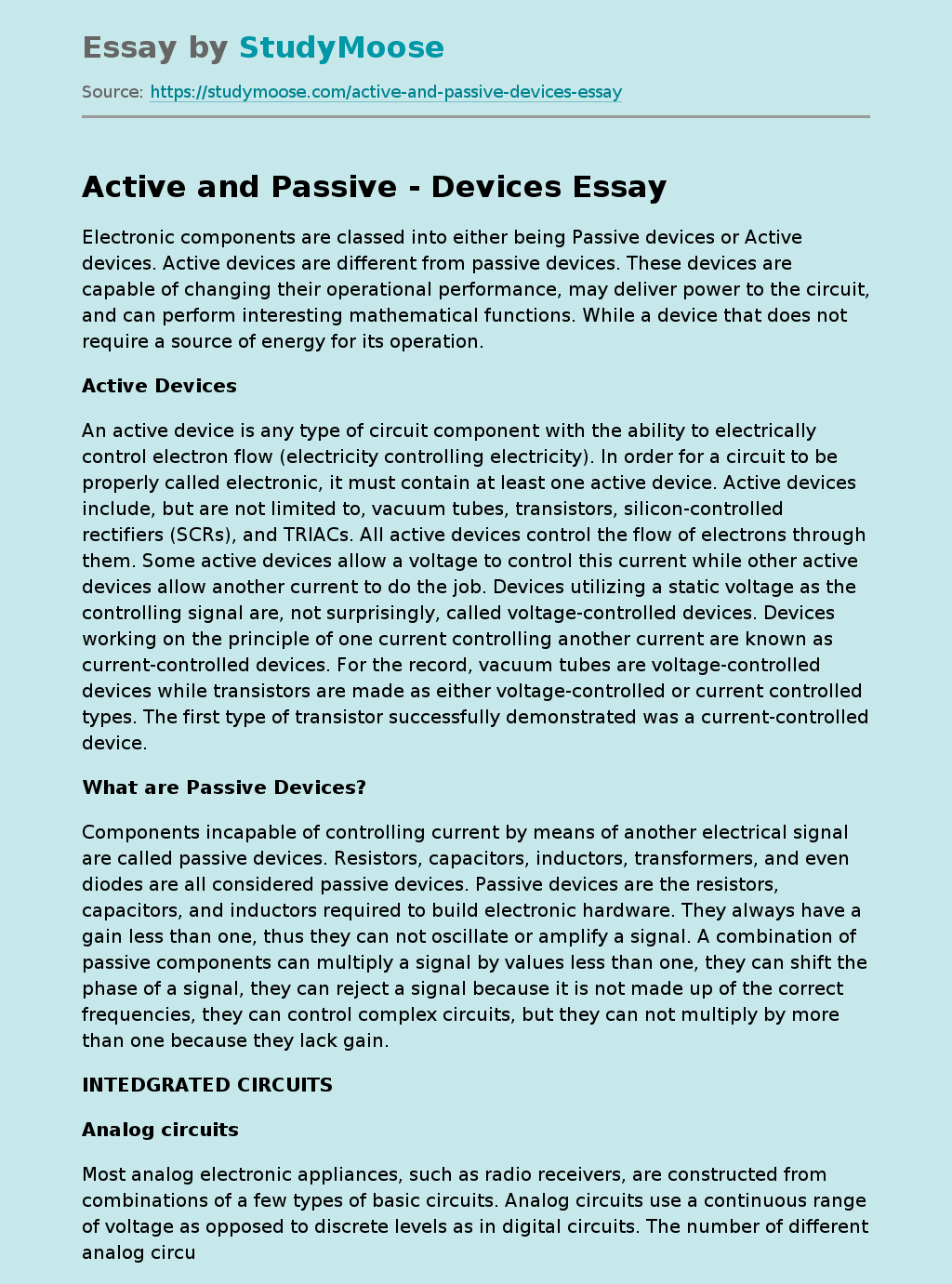