In today’s fast growing, dynamic organizations, interpersonal relationships between people are a key to achieving success and managers need to realize their importance in order to capitalize on their human. When talking about interpersonal relationships, group and team dynamics is of vital organizational concern. Groups and teams are inescapable features of modern life, be it personal or professional.

For example, there are work groups in schools and colleges, there are welfare committees working together as a group, there are project teams in organizations, where for example, the marketing manager along with his team comes up with an out of the box advertising campaign which could not have been possible without the joint effort of the entire team.

Don't use plagiarized sources. Get your custom essay on
“ Action Plan for Team Building ”
Get custom paper
NEW! smart matching with writer

Groups There are many definitions used to describe this word, but keeping the organizational in mind we will define groups as two or more freely interacting people who have a common identity and have come together to share collective goals and interests.

These can further be divided into formal and informal groups.

Groups which are brought together by managers to work towards achieving organizational goals and objectives are classified as Formal Groups; these groups are off referred by some label, for example, work group, quality circles and project committees. Informal groups are those which are formed due to the overriding interest of some individuals, for example tennis or golf. From this point onwards, when we refer to the term groups, we would be referring to formal groups.

Group Behavior Social relationships in groups are dynamic and vital for the success of groups.

In order to fully understand group behavior, we need a realistic understanding of these social exchanges. Researchers at Auburn University have attempted to explain the multi level social exchanges through a model known as the Work place Social Exchange Network (WSEN). According to this model there are a variety of variable which affect group performance by affecting group exchange relationships (Michael S. Cole, 2002).

This model illustrates that several economical exchanges occurs in an organization between an individual and its 1)supervisor 2)work group or team and 3) its organization as a whole. These exchange relationships between work groups play a major role in motivation or de motivating employees, yet have largely been neglected by managers. For example if an employee has a healthy working relationship with his supervisor or work team, he may be motivated to work hard with them on the particular project, which on the pother might not be true if there is a constant tussle going on between group members.

Tuckman’s Model of Group Development Group development, similar to other development processes goes through a series of maturing stages. Initially the group development process proposed by Tuckman was of four stages, which was later changed to a five stage model, shown in the figure below. Although there is a general consensus as far as the stages are concerned, however, there is no specific number or time period assigned to these stages and they vary with different work groups. (Robert Kreitner, 2004) 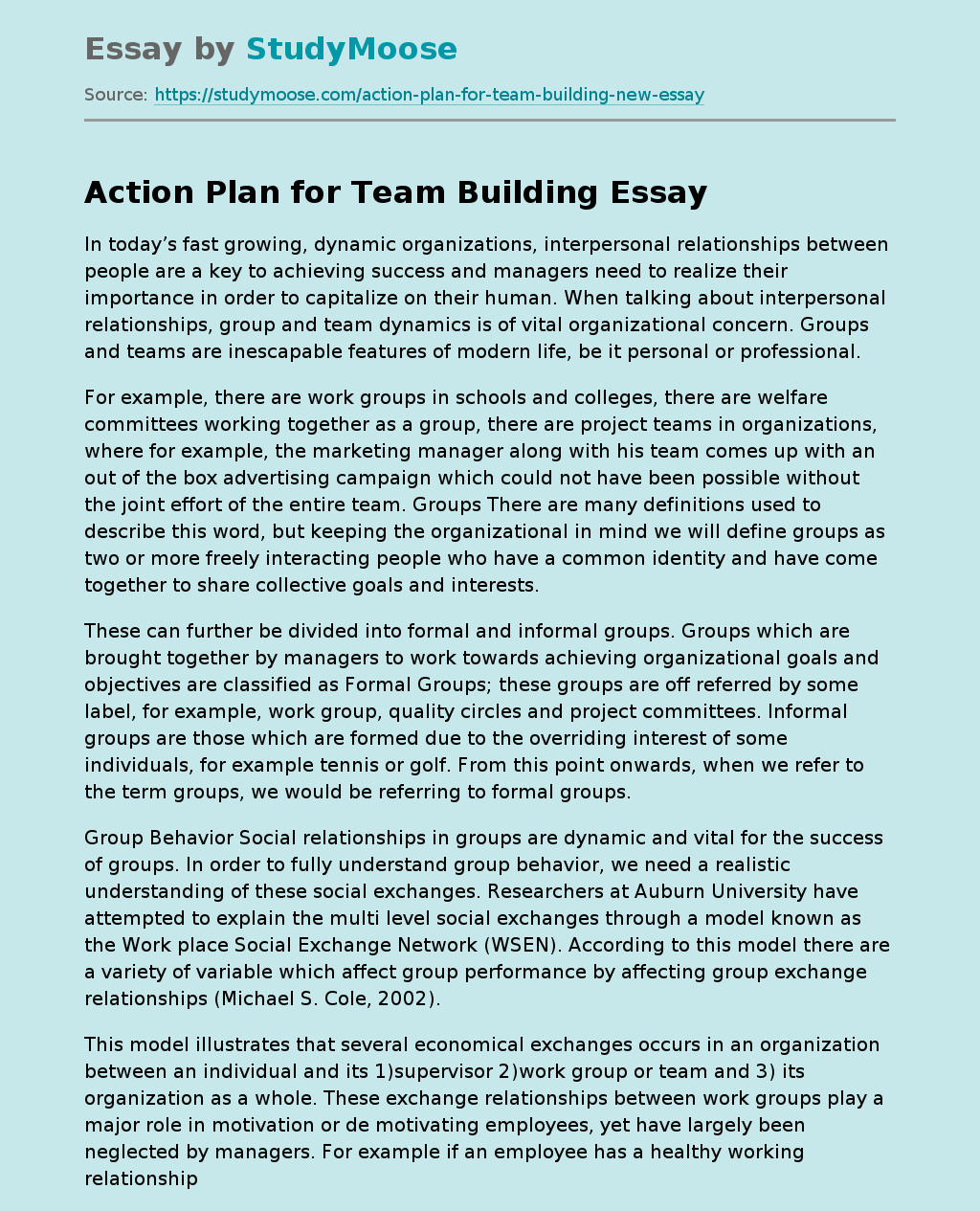