Accounts of Eros in the 'Symposium'

The concept of love in Plato’s “Symposium”, told by Eros.

The Accounts of Eros in the “Symposium” The word love carries with it many, many different interpretations. In modern day, our views on what is appropriate love is much different from the views from the time of Socrates and Plato. To them love was eros, a direct translation of the word love. However, the word itself wasn’t the only thing that was different about love. In Plato’s “Symposium”, there is a celebration for Agathon.

Don't use plagiarized sources. Get your custom essay on
“ Accounts of Eros in the ‘Symposium’ ”
Get custom paper
NEW! smart matching with writer

He had just won a dramatic contest in Athens, Greece two nights ago. It is customary to drink much wine at these gatherings, however, every one present is too weak from the night before. (Nehamas ; Woodruff, pg. xiii) So a proposition is made, by Phaedrus, to properly give praise to the god Eros, and speak on the topic of love. It was their opinion that no poet has yet been able to properly do so.

(Nehamas ; Woodruff, pg. 7) There were a total of seven accounts given in praise of eros, by seven different people who are present at the party. Of these accounts, the one that made the most sense was the speech of Socrates when he quotes Diotima. This account is practical, and shows love not as a heavenly creature, but as a mortal being, where we can interact with him. It also has answers that most of the other accounts could not even question. This is what stands the speech of Socrates and Diotima apart from most of the others.

Accounts of Eros in the 'Symposium'. (2020, Jun 01). Retrieved from https://studymoose.com/accounts-of-eros-in-the-symposium-new-essay 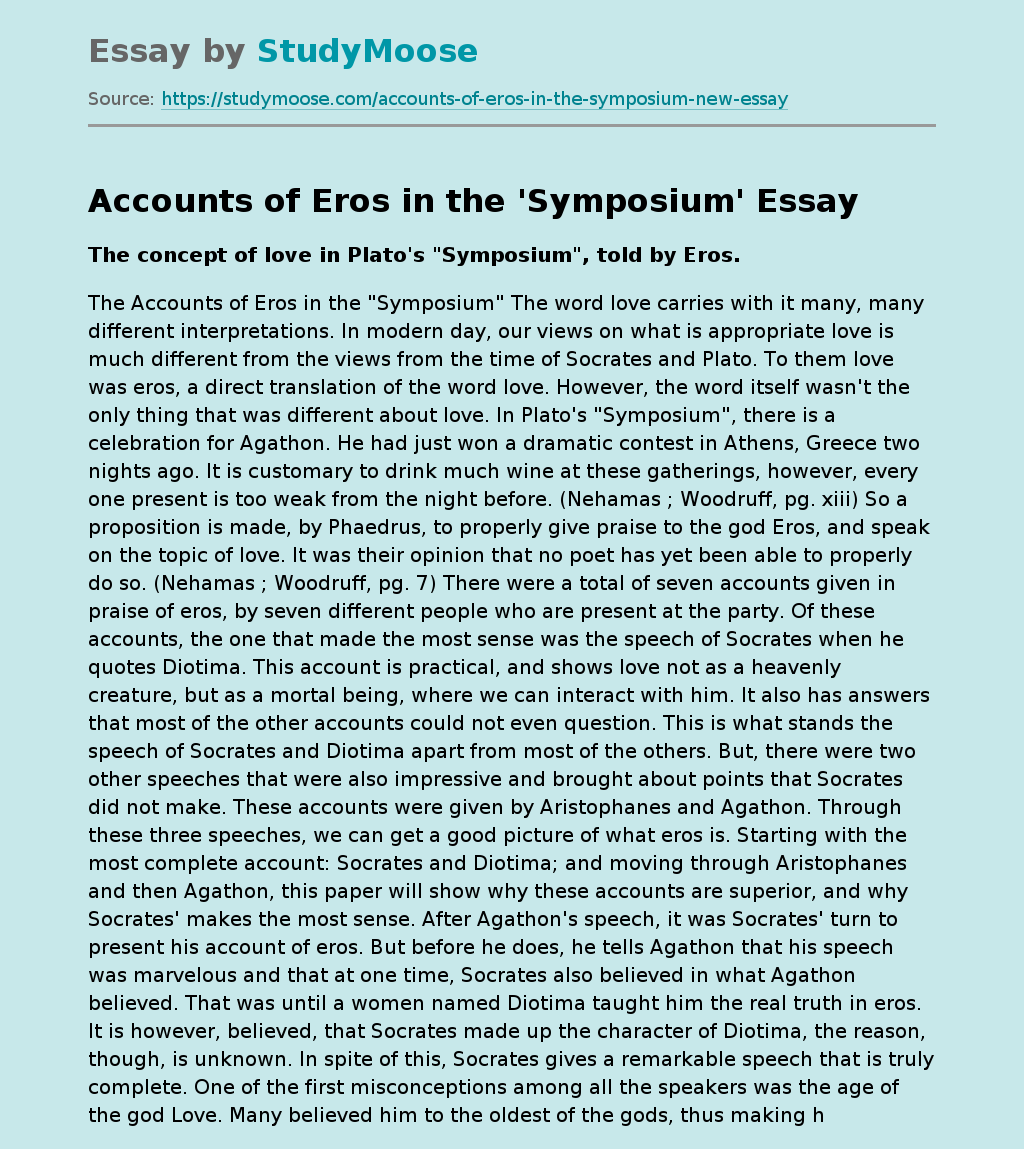