Academic achievement or (academic) performance is the extent to which a student, teacher or institution has achieved their short or long-term educational goals. Cumulative and completion GPA of educational benchmarks such as secondary school diplomas and bachelor’s degrees represent academic achievement. Academic achievement is commonly measured through examinations or continuous assessments but there is no general agreement on how it is best evaluated or which aspects are most important procedural knowledge such as skills or declarative knowledge such as facts.

Don't use plagiarized sources. Get your custom essay on
“ Academic achievement or academic performance is the extent to which a student ”
Get custom paper
NEW! smart matching with writer

] Furthermore, there are inconclusive results over which individual factors successfully predict academic performance, elements such as test anxiety, environment, motivation, and emotions require consideration when developing models of school achievement. Now, schools are receiving money based on its students’ academic achievements.The students’ performance (academic achievement) plays an important role in producing the best quality graduates who will become great leader and manpower for the country thus responsible for the country’s economic and social development (Ali et.al, 2009The academic performance of students in most colleges has become an object of inquiry of researches nowadays.

It has become a top priority among educators who have vowed to make a difference locally, regionally, nationally and globally. Such education, trainers and researchers have long been interested in exploring variables which significantly contribute to the performance of learners. These variables are both external and internal. Internal factors are mostly student-related while external factors contributed to the external environment of students that are beyond their control. The former includes personal conditions and study habits while the latter include home-related factors, school-related and teacher-related factors.

Academic achievement or academic performance is the extent to which a student. (2019, Aug 20). Retrieved from https://studymoose.com/academic-achievement-or-academic-performance-is-the-extent-to-which-a-student-essay 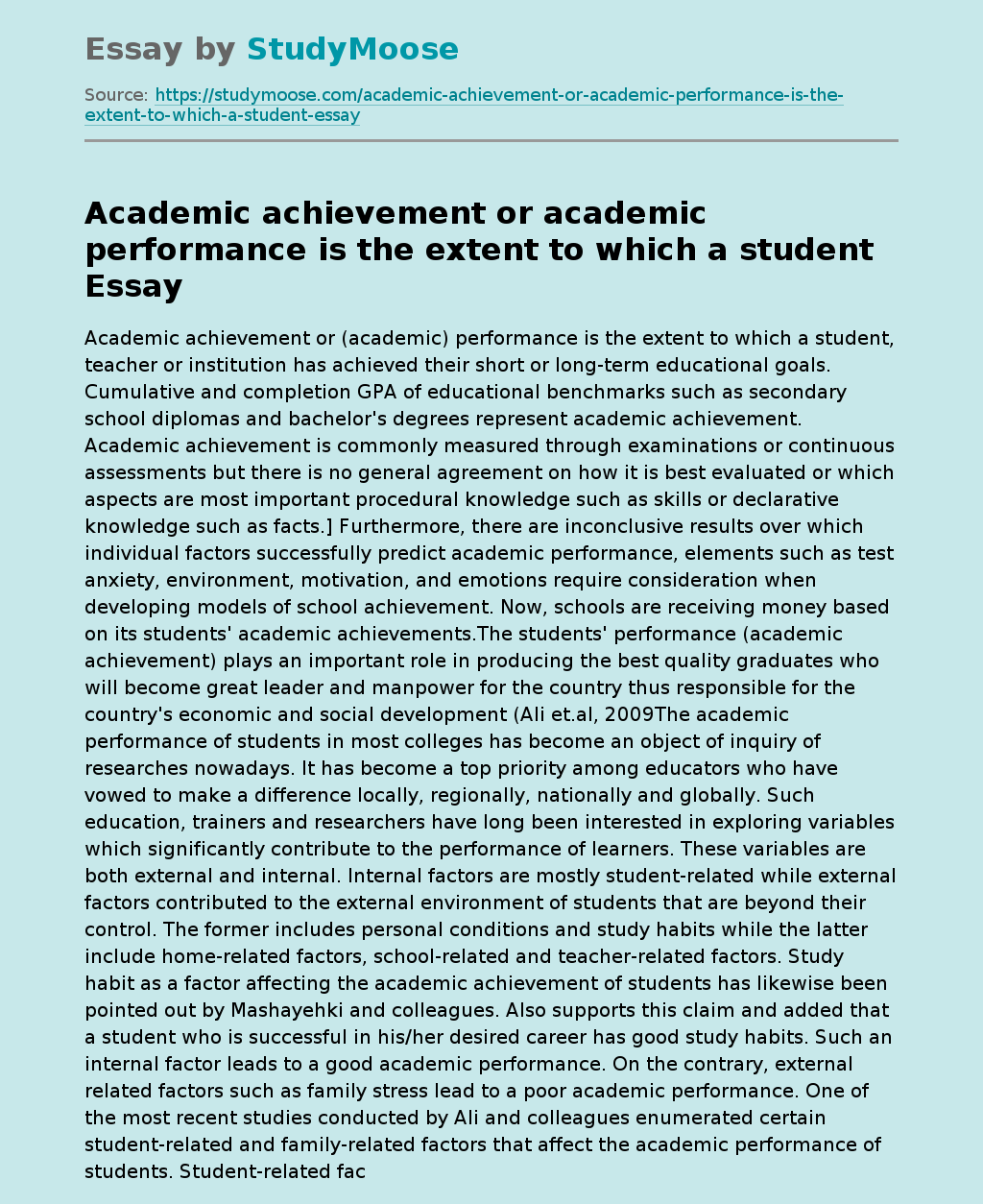