ABSTRACT This paper discusses on the life cycle of the silkworm, two main types of silk. It also shows how silk is associated with ancient Chinese culture for clothing, writing on silk and Silk Road. Silk was very important in ancient Chinese culture as it brought a lot of improvements to the Chinese more especially through the Silk Roads which brought beneficial effects to the people living along the Silk Road which spread to all people. Keywords: Silkworm, Silk, Culture, Silk Road.

Don't use plagiarized sources. Get your custom essay on
“ ABSTRACT This paper discusses on the life cycle of the silkworm two ”
Get custom paper
NEW! smart matching with writer

INTRODUCTIONSilk is strong materials composed of thin and a continuous strand called fibers that was discovered by man and acquired from plants which is produced by silkworms. The mostly known silk is known as mulberry silkworm. It discharges the fluid state as single filament by a caterpillar known as silkworm which is used for spinning of silk, Silk has only four stages in its whole life which include eggs, silkworm larvae, pupa and moth but man interferes in its life cycle to make more silk within a short period that is used for various purposes such as commercial goals.

THE LIFE CYCLE OF SILKWORMThe life cycle of silkworms begins when the female moth lays eggs and after some days each egg becomes a silkworm larva that eats mulberry plants and grows bigger the larva spins a cocoon of silk threads around itself inside the cocoon the larva changes into a pupa, and the pupa changes into a moth, the moth comes out of the cocoon then the adult moths mate with each other, and the life circle begins again.

ABSTRACT This paper discusses on the life cycle of the silkworm two. (2019, Aug 20). Retrieved from http://studymoose.com/abstract-this-paper-discusses-on-the-life-cycle-of-the-silkworm-two-essay 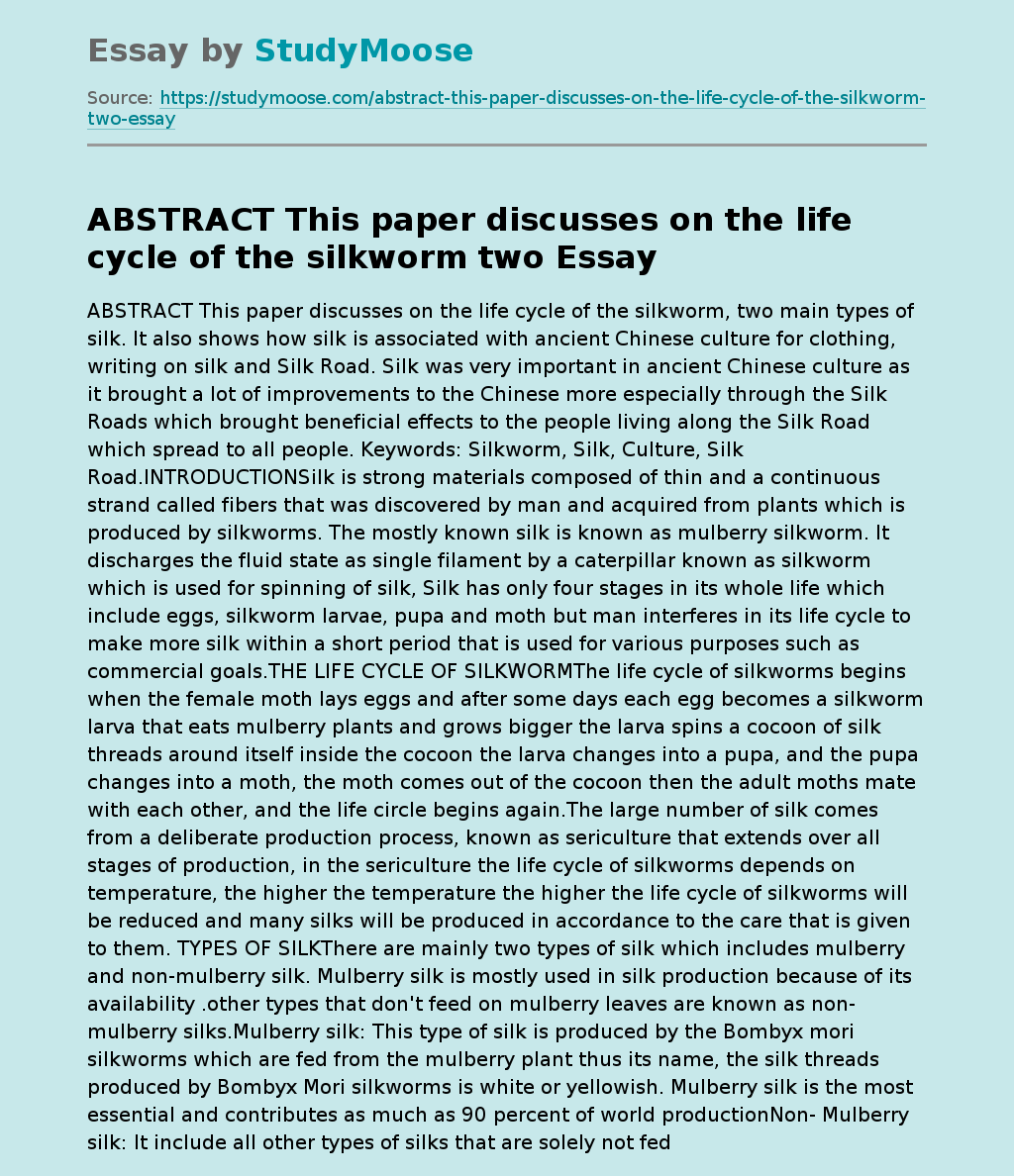