Don't use plagiarized sources. Get your custom essay on
“ “A Young Birch” by Robert Frost Poetry Analysis ”
Get custom paper
NEW! smart matching with writer

Frost compares the birch’s beauty to the sun’s ability to be bright. “Soon entirely white / To double day and cut in half the dark” (ll 4-5) The speaker comments on the birch’s ability, being beautiful, to make the days twice as bright, establishing the blinding beauty of the birch tree.

The colour white symbolizes not only beauty, but death. Frost uses this symbolism to establish the inevitability of death. “…crack it’s outer sheath / Of baby green and show the white beneath” (ll 1-2) Frost uses the speaker’s comment on the growth of the birch tree to establish the beauty that was always within the tree, but also death, which is apart of every natural living being.

Frost uses sentence structure and length to represent the birch tree’s growth. Each sentence, with the exception of the transition sentence and concluding sentence, is slightly larger than the last. As the birch tree’s growth is described in the poem, the length of the sentences grows too. The sentence lengths reach a climax of 10 lines and it is cut short abruptly, representing the way death cuts life. Frost establishes death as dominant to life through his use of structure. Frost establishes the birch tree’s imminent death through his use of imagery. The speaker describes the sound of the birch tree breaking out of its outer cover, a stage in its maturity and growth. “The birch begins to crack its outer sheath / Of baby green and show the white beneath” (ll 1-2) The breaking out of the outer layer of the birch provides a vivid description of the birch tree’s struggles in life. 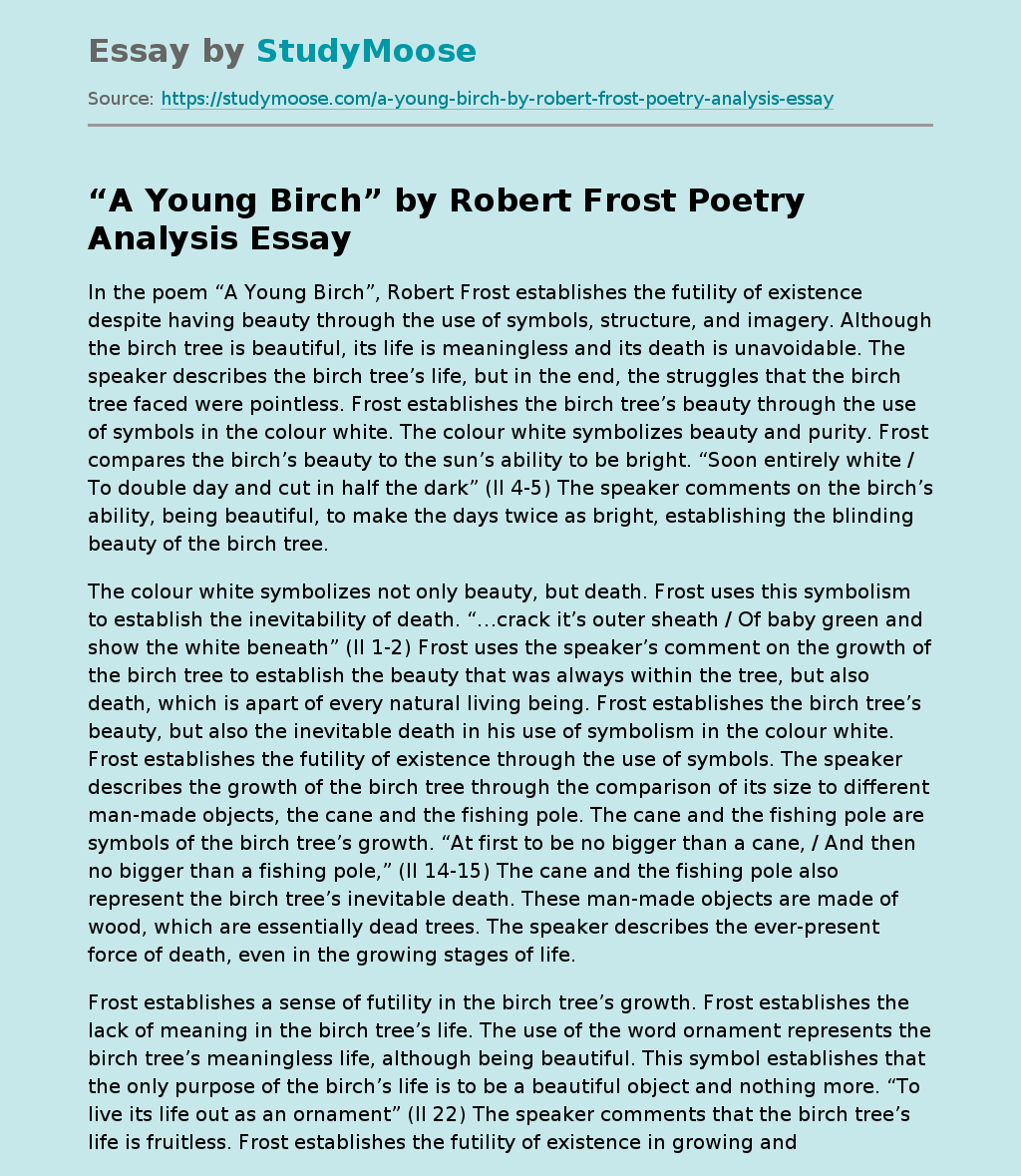