1. Out of the six beverages, tea shows the strongest interplay of different civilizations. It is stated in that book that, “According to Chinese tradition, the first cup of tea was brewed by the emperor Shen Nung”(177). Tea was first popular in China, while it was the greatest empire in the world at the time. With this, China traded with many countries such as India, Japan, and Korea. It was inevitable that tea would spread to other cultures, the next being the Dutch.

Tea was spread with Dutch doctors stating that tea was medical and could help people who were ill. On top of this, the European culture contributed an addition to the tea. They began drinking tea with milk. This became wildly popular there. “From the top of British society to the bottom, everyone was drinking tea”(196). This shows how accessible tea was to any individual of any class. Later on, the British brought their culture along with tea to America.

2. One continuity that occurred throughout the book was that each beverage is made from food or plant. For example, gruel is turned into beer when, “[it] was left sitting around for a couple of days underwent a mysterious transformation…the air fermented the sugar in the gruel into alcohol”(14-15).

This exists because aside from water, every beverage is food or plant based, even in modern day. There are limitless possibilities of creations of drinks. Another continuity is that a few of the beverages are safer to drink than water.

A reason why is because some are boiled. Boiling creates such extreme heat for many bacteria to survive in. For instance, tea is served hot because it is boiled. In addition, there are leaves in tea called “Camellia sinensis” (177) that kill some types of bacteria. 3. A practice that changed over time was the different beverages used for currency. For example, “The workers who built the pyramids were paid in beer”(37). This shows how common and known the drink was around that time. All people drank beer, including the children. It was known in the culture that beer was very healthy for them. Beer played a role in bringing the civilization more close and prosperous. Another practice was the way Mesopotamians kept their receipts. It began with, “tax receipts were initially kept in the form of tokens within clay “envelopes”’(31). However, over time they changed their use tax receipts. They replaced the idea of tokens in clay envelopes with, “a tablet of wet clay, and to press the tokens into it to make the different-shaped impressions signifying barley, cattle, and so on”(32). This clearly shows their progress into becoming a better civilization. It also displays their growth and how advanced they were beginning to become. 4. 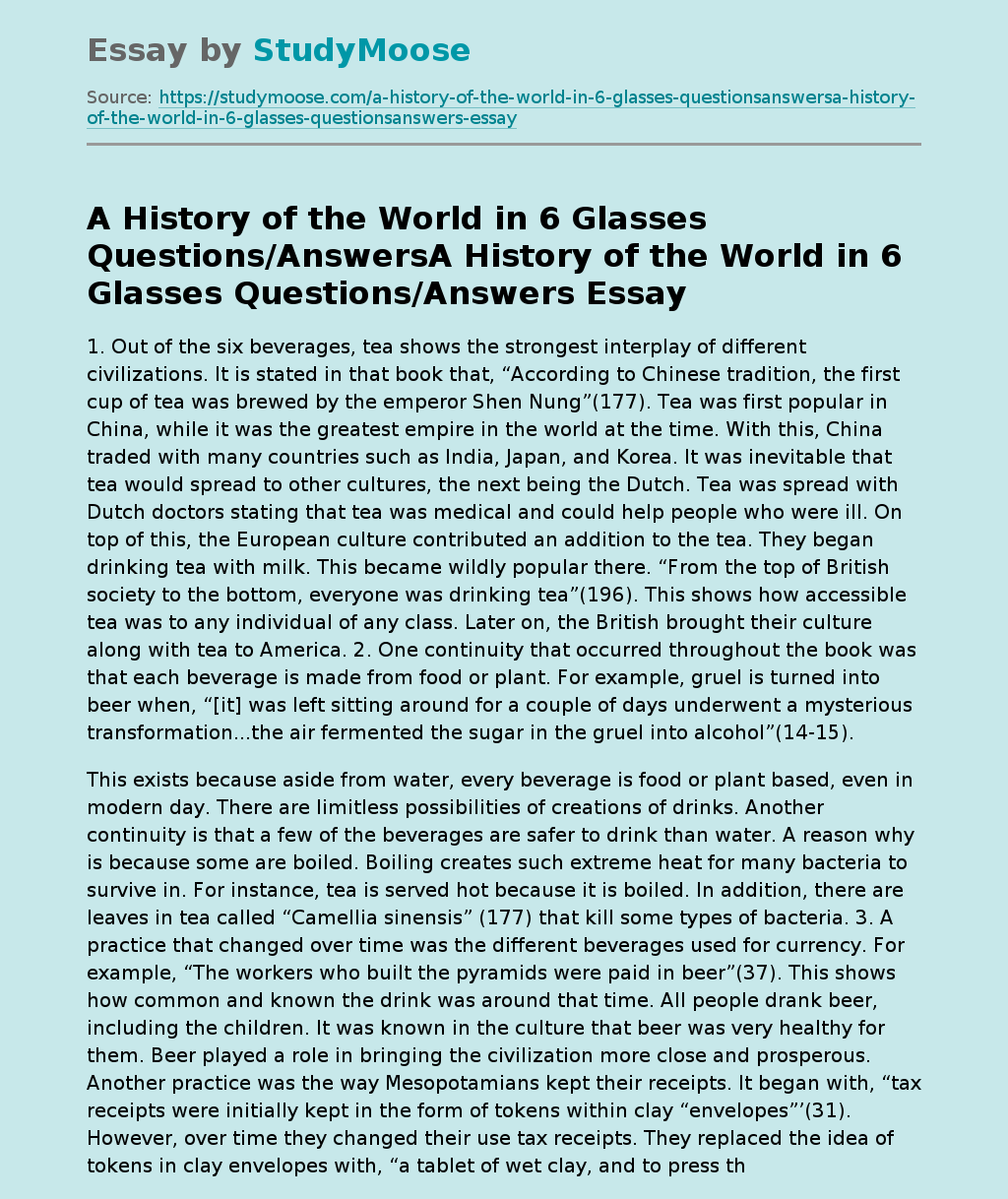