His pain, his desire to be free and his desperation was shared with the viewers in such a way that it’s somehow disturbing. His delusions were able to reach the minds of those who watched the movie, particularly myself. In the technical aspect, it used natsot or the natural sound in most of the scenes. James Franco played Aron, an engineer who likes or rather whose hobby is to climb and hike on mountains. He is the protagonist and at the same time, the victim in the film.

Don't use plagiarized sources. Get your custom essay on
“ 127 Hours Film Review ”
Get custom paper
NEW! smart matching with writer

The antagonist here is the situation itself. It is the reason why he is in such troublesome circumstance which won’t allow him to be free.

If not for his determination to live, he would not make it out alive though the process is excruciating and gruesome at some point. What strikes me the most in this film is that the director managed to make the film worth watching in 1 and a half hour with only one setting or location and focusing on one character only.

Not many films can pull something like this. In regards to the content, it showed that in order to survive, you have to sacrifice something and do unimaginable things. This surprised me because it was not normal and people don’t do those kind of things.

With James Franco’s acting, it made the movie a sure hit and suitable to be awarded in Oscars which it really did. The content fulfilled the expectations of the eyes, mind and soul of the movie goers.

If I were the film maker, the ending would have been a sad one since I’m a fan of tragic endings. But if I do that, it will disappoint the viewers so I would make it a little less tragic. The end would be that Aron, after decapitating his arm, would not find any source of water which will make him more tired and more desperate in search of water.

His long walks will continue until he finds himself in the middle of nowhere. Slowly, his body begins to collapse. He can no longer see straight due to the loss of blood. He then looks at the sky, the sun raised high, camera focused on his face. Until then, he will encounter other hikers whom will help him. At that time, he will close his eyes slowly, leaving the audience thinking whether he survived that day. Before credits roll, his picture with his family after the incident will be shown, revealing that he did survived. 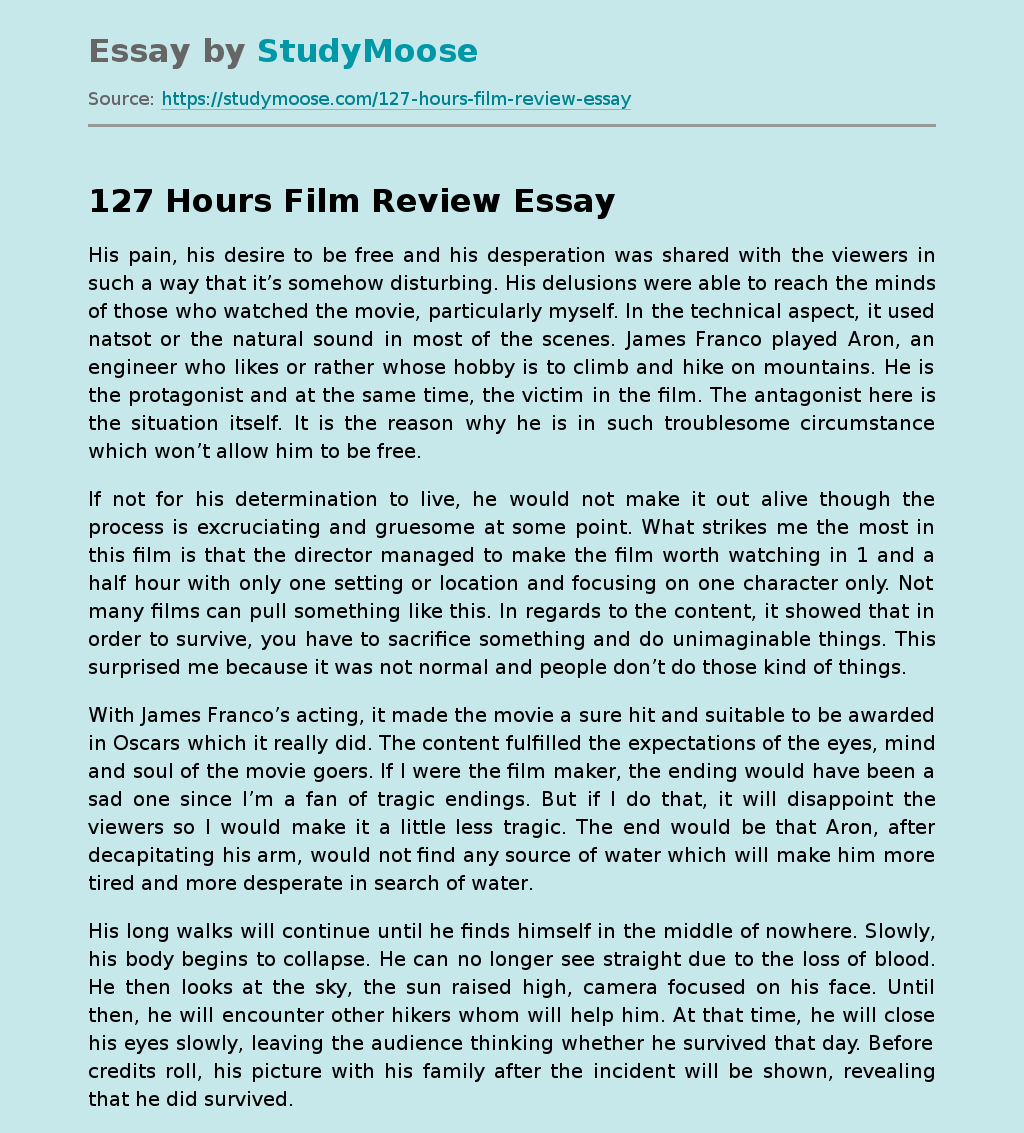