What is Justice? Justice is a concept of moral rightness based on ethics; rationality, law, religion or fairness, as well as taking into account the inborn rights of all human beings and citizens, the right of all people and individuals to equal protection before the law of their civil rights, without discrimination. Justice is one of the great concerns of humankind. It is something for which people over centuries have been willing to struggle and even die.

Examples of Justice are novels 12 Angry Men and The Green Mile.

2 Angry Men is a novel written by Reginald Rose in 1955. The story takes place in 1957 in the jury-room of a New York Court of Law. It is about a young delinquent who is on trial for the murder of his aggressive farther. Eleven jurors are directed by the judge to gather on a hot afternoon to declare if there is any reasonable doubt as to why the boy is not guilty. One, even though far from convinced of the boy’s innocence, feels that some of the evidence against him is ambiguous.

By the end of the day that juror has reversed opinions of all eleven jurors.

Prejudice: There are many significant views and values that Reginald Rose demonstrates in 12 Angry Men the most important one being that prejudice constantly affects the truth and peoples judgement. As the jurors argue between themselves as to whether a young boy is guilty of stabbing his father it is shown that “It’s very hard to keep personal prejudice out of a thing like this.

” This is most evident in the way juror #3 and juror #10 come to their decision that the young man is guilty as they bring in there prejudice against young people and people from the slums to make their judgement without considering the facts of the case.

Rose uses juror #8 who can see the whole trial because he is calm, reasonable and brings no prejudice as a prime example of what a juror is supposed to be like. Juror #10 is the character who brings in the most prejudice to the jury room as he has formed his decision from the moment he saw the young boy and sees no reason for him to waste any time debating on whether the defendant is guilty. His prejudice comes from the fact he used to live in the “slums” and consider people like the defendant to be trash.

This is established when he states “you can’t believe a word they say…they act different… they don’t need any big excuse to kill someone. ” Juror #10 never really considers the facts of the case only using them as a pretext to vote guilty and to leave early. When he found it too difficult to change people’s opinions he simply gave up and voted not guilty. “I couldn’t care less”. This shows just how little he cared for the defendant’s life and the jury system unlike juror #3 who deeply cared about the jury system and the case. 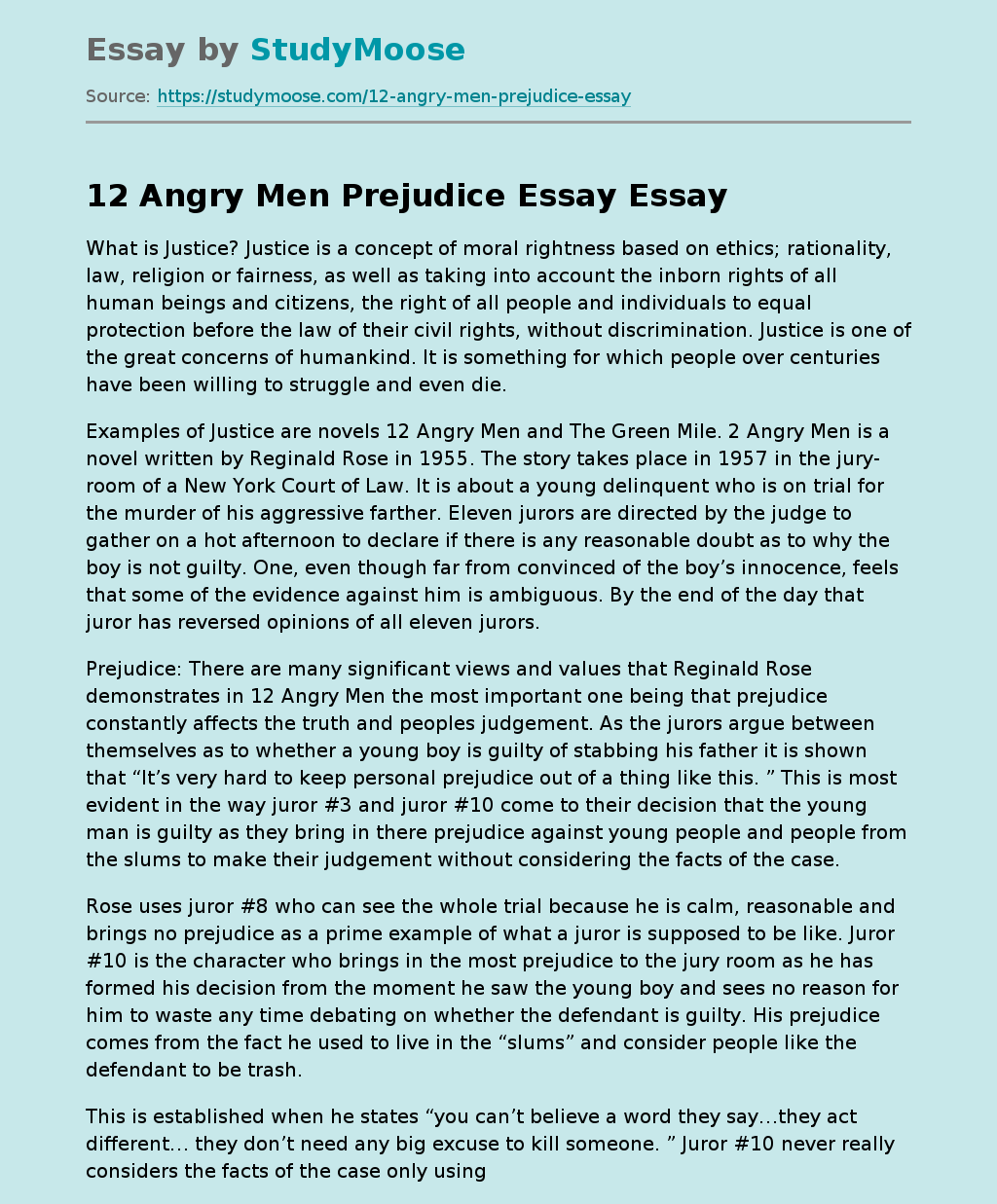