Any jury trial is bound to have some sort of conflict involved when coming to a verdict. The portrayal of a murder case in the movie, 12 Angry Men, involves many different examples of conflict, as well as the approaches to conflict used by different characters. Almost every conversation in the film involves conflict, since the characters are all debating whether or not the boy being tried for murder is guilty or not, but there are a few scenes in which different types of conflict and different approaches to conflict seem to stand out.

The room in which the men are sitting and debating the case has a table with each of the men sitting around it. Jury member number one, who sits at the head of the table, takes on the role as the leader of the discussion by formatting how the voting goes and asking all members whether they agree to any decisions made. In one scene, the older man with the summer cold comes over to jury member number one and tells, “stop being a kid. 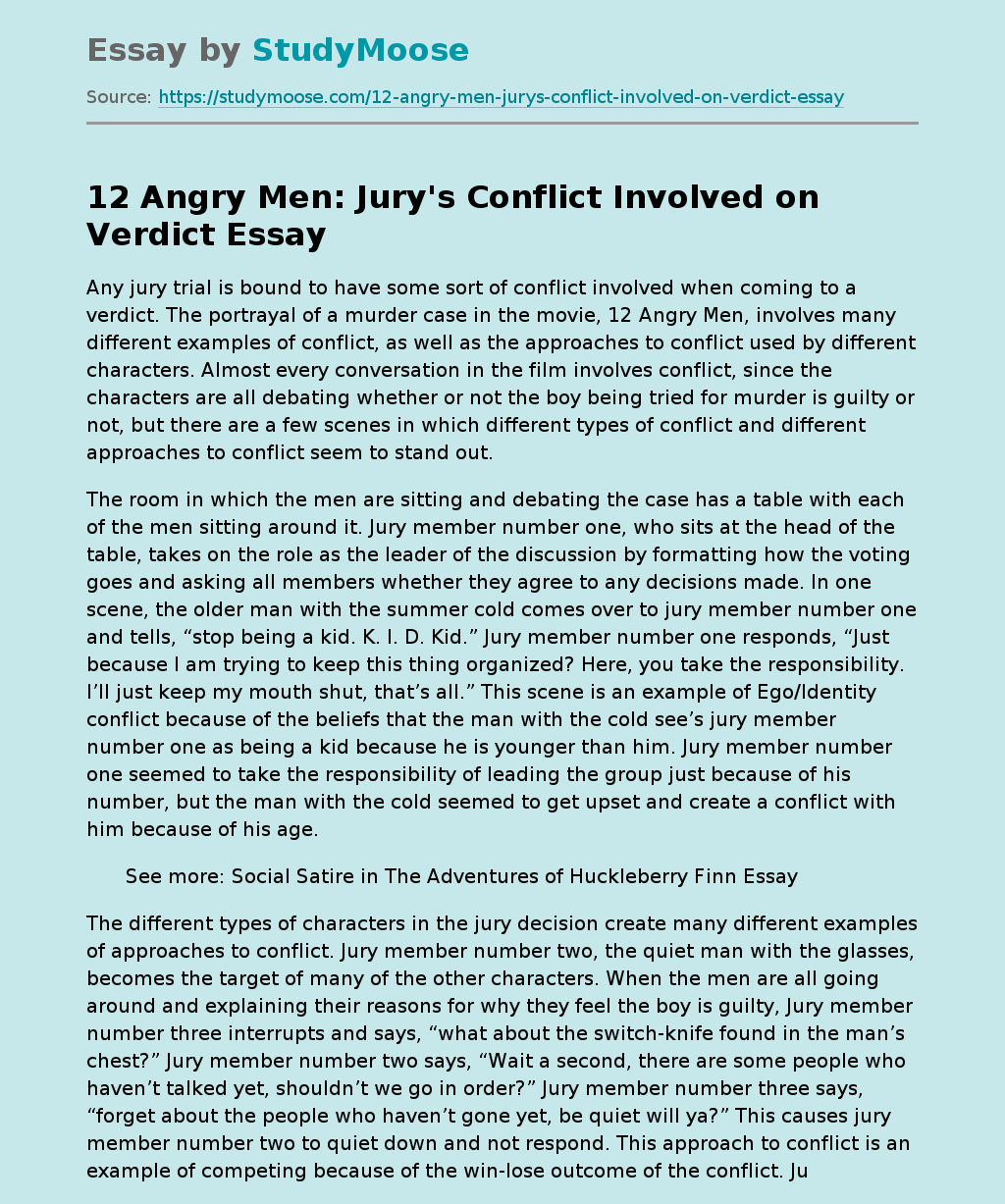